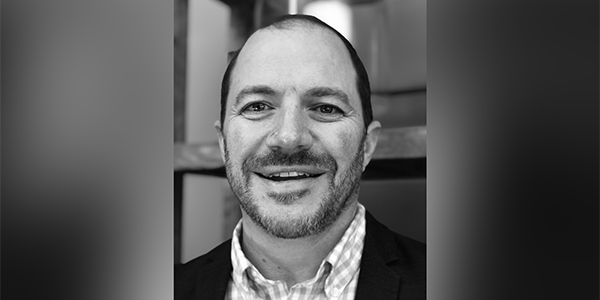 Lou Ferris '88 recently discussed his Saint James School journey, vividly recalling a life lesson he learned on the playing field. Now as the VP for Global Revenue of a prominent life-style magazine, he has applied that experience to his personal and business life, and shares why that led him to include Saint James in his plans.

Before he set foot on the campus of Saint James School, Mr. Ferris knew it would become his home. The lessons he learned for the two years he attended would help to form the foundation for the rest of his life.

Mr. Ferris recalled, "Jack Rich '33 [was] a friend of the family. He drove me from Florida to visit five schools on the East Coast. Saint James was the last of the five. As we entered the gates and drove around the Senior Circle and pulled up to the front of Claggett, I knew this was my school. Before I got out of the car, I turned to Mr. Rich and said, 'This is the one.' It was on the return trip to Florida that Mr. Rich told me that Saint James was his school, too. Coincidentally, in my sixth form year, I had the same dorm room that he had when he was a student."

Saint James School turned out to be much more than a great college prep school for Lou. He learned critical lessons about grit and determination. "I was trying out for the varsity soccer team and with not enough spots for all of the 5th formers, it did not look like the 'new kid' would get one of the spots. I was very surprised when I saw my name on the Varsity list. Mr. Hoyer told me that I had given 110 percent and that was the reason I deserved it. I told Mr. Hoyer two years ago during Alumni Weekend that life lesson has always stuck with me through life's peaks and valleys: I didn't always have to be the best, but if I always gave my best it would pay dividends. I have fond memories of my life at Saint James in those two short years because the faculty genuinely cared. Like most valuable things in life, it's the relationships that stick - relationships with friends."

When asked about why he chose to join the Fountain Rock Society and include Saint James School in his estate planning, Mr. Ferris said, "People feel a need or desire to give to Saint James, but sometimes the realities of life, budgets, and families don't always allow us to give when we are asked. However, there are alternative methods to give through planned giving. The bequest allows me to give back to the school to ensure someone else has the same experience that I had. Planned giving is a simple, yet effective way to make sure that all matters are completed."